The threats to the US Postal Service is the newest attack in a series of decades-long strategies to suppress the vote. Long lines, under resourcing of polling places, and voter purges are routine hurdles that elected leaders have deliberately created in order to hold onto power.

We must ensure that every voter has the ability to have their ballot counted. That’s why the Unitarian Universalist Association is calling for the resignation of the U.S. Postmaster General, General Louis DeJoy.

Millions of people depend on our postal service to deliver medications, pay their bills, and receive benefits. DeJoy’s reckless and unlawful actions are threatening the health and safety of millions, while chipping away at critical infrastructure to administer this election.

Let’s show them what real power looks like! Fight back by joining UU the Vote for our National Days of Action! The best way to fight back to Get Out The Vote!

Join us for national phonebanks to voters in Florida on:

By now, we know the attacks on our democracy will not end. It is up to us to do everything we can to build power and take action to mobilize voters in 2020. In Florida, we see the impacts of bad governance with the handling of the Corona crisis. But with the passage of Amendment 4 which restored voting rights to formerly incarcerated people in 2018, we also recognize what happens when people build power!

We must fight on all fronts--combating threats to our elections and building power with frontline communities.

Join us for the kick-off phonebank on Tuesday, August 25th! 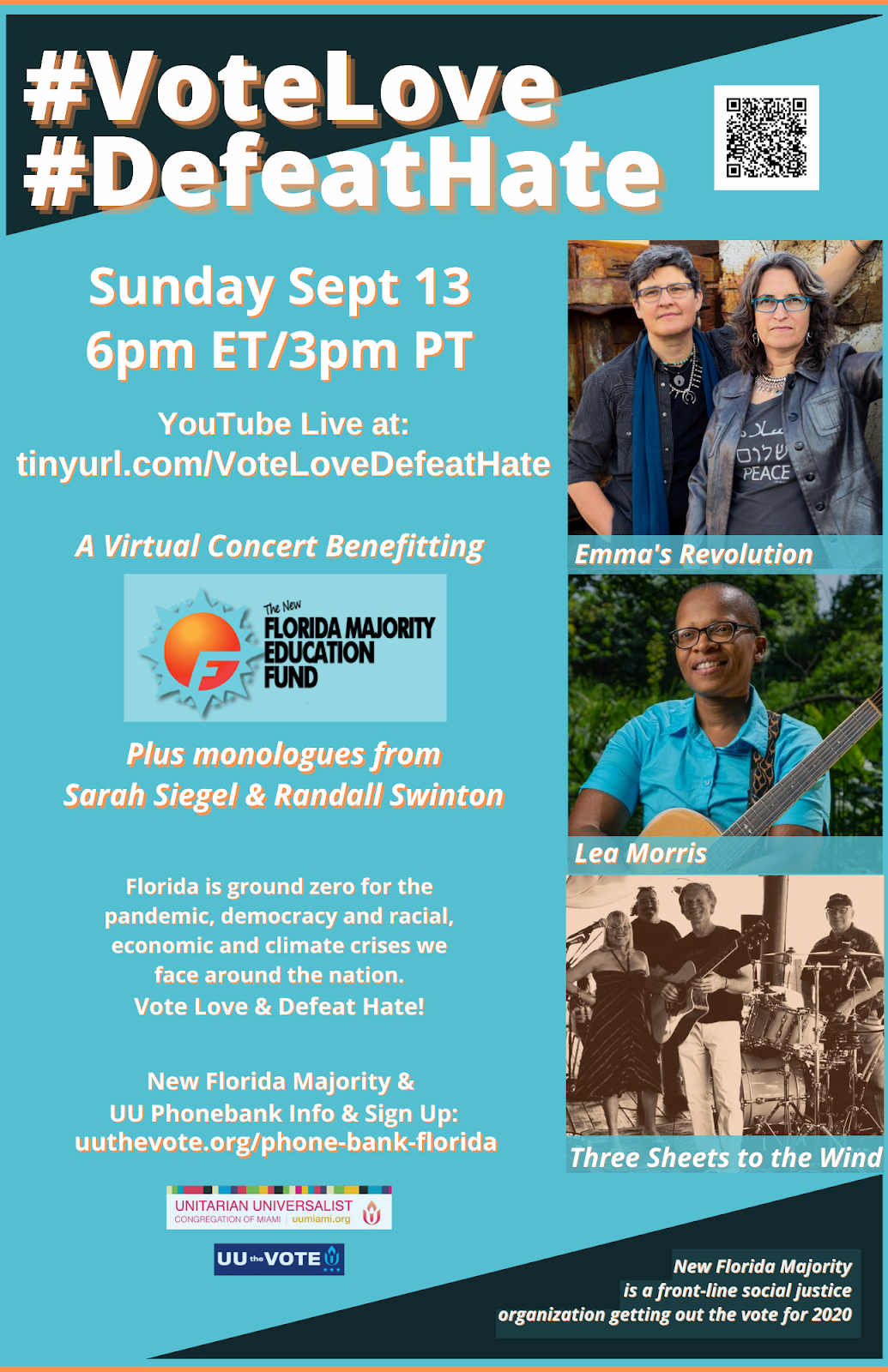